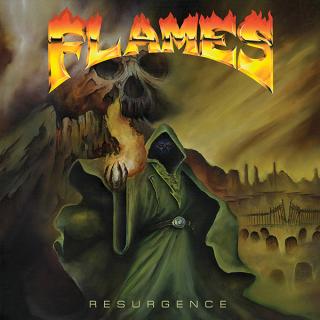 Flames is a legendary Thrash Metal band, formed by Chris Kirk in 1984. Since then they have released many albums and they have participated in many live shows as headliners or guests often next to great bands. The band resides between Athens, Greece and Munich, Germany and since 1984, the band’s lineup has changed several times but always with the Kirk brothers as the core. The current line-up is: Tom Trampouras (guitars, vocals), Chris "R.B. Lee" Kirk (guitars), Andy Kirk (bass guitar) and Nick "Yngve" Samios (drums). The new album "Resurgence" is produced and mixed by Bob Katsionis at Sound Symmetry Studio. Cover art of the new album is created by Wyrmwalk.

1. Keeper of the Burning Flame