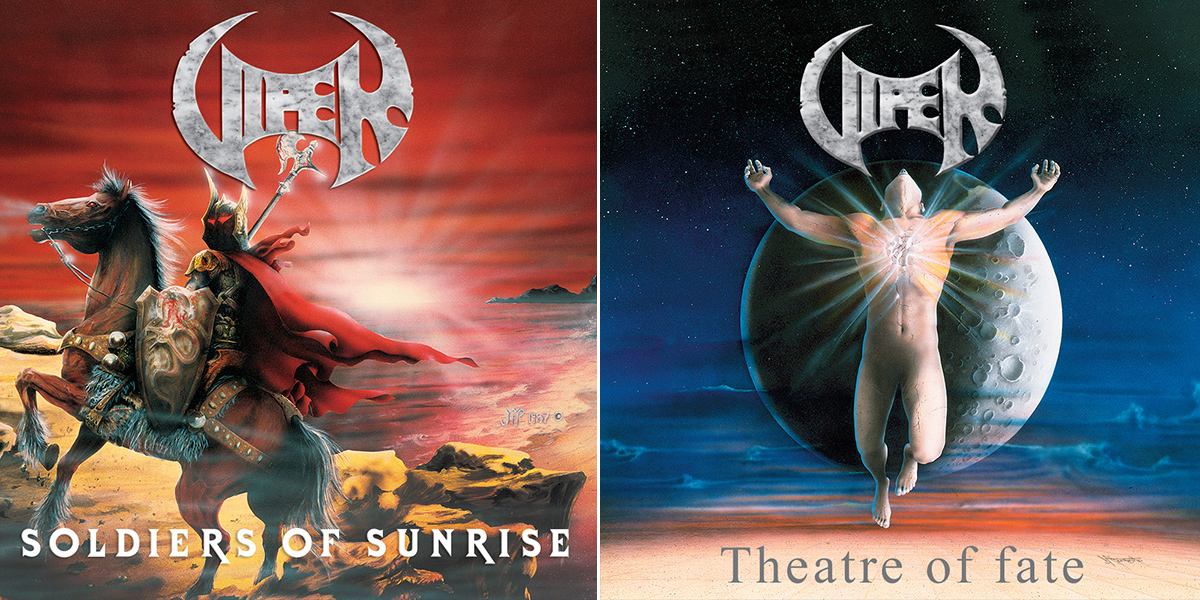 Originally released in 1987, "Soldiers Of Sunrise" is one of the greatest metal albums ever released in South America and a gem of '80s melodic speed/power metal. A classic '80s underground metal album full with heroic anthems, speed metal enthusiasm and youthful power."Theatre Of Fate", originally released in 1989, has a more polished sound and is a highlight of melodic power metal of the late '80s. Both albums, are highly recommended for fans of HELLOWEEN, HEAVENS GATE, ANGRA and IRON MAIDEN.