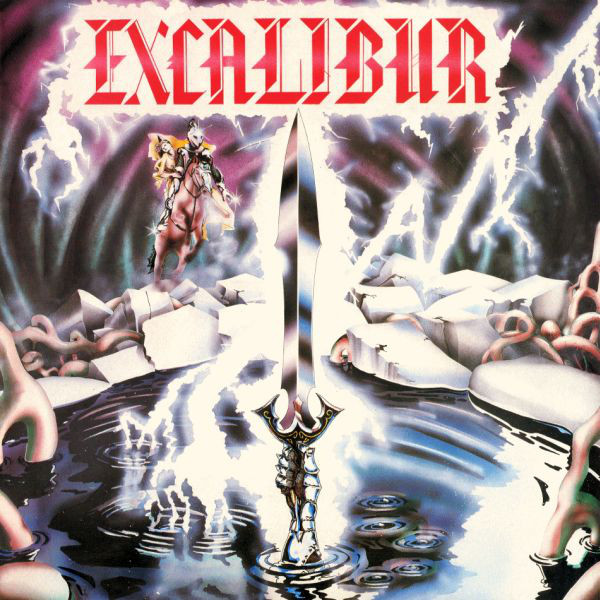 The newly remastered version will contain a selection of bonus material including the band's 1984 ‘Back Before Dawn’ demo and the previously unheard original EXCALIBUR mix of ‘The Bitter End’.

British heavy rock band EXCALIBUR who emerged on the coat tails of the New Wave of British Heavy Metal (NWOBHM) in the 1980’s, will have their 1985 debut 6-track mini album  ‘The Bitter End’ reissued through No Remorse Records in September 2021.

The release is a recording snapshot of the band in their teenage years between 1983 and 1985, as they went from first demo novices lacking studio experience to a band with a firm musical vision for the recording of ‘The Bitter End’. A vision that ultimately was not shared by their label Conquest Records who, unknown to the band, remixed the album prior to its release.

‘The Bitter End’ was recorded in March 1985 by Paul McBride (vocals), Paul Solynskyj (guitar), Martin Hawthorn (bass) and Mick Dodson (drums) at Woodlands Studios, UK with engineer Neil Ferguson, who went on to produce the hits of pop anarchists Chumbawamba.

The album, which over the years has become a cult favourite amongst fans of early '80s metal, will be available on CD for the first time, as well as black and limited coloured vinyl variants and as a special limited edition box set. It will also be available across all popular digital and streaming services.

Listen to the EXCALIBUR mix of the track "Haunted By The Shadows":


EXCALIBUR formed in 1981 as a 4-piece for a school project and though only 15 years of age, were soon playing wherever they could, even in clubs and bars before they were legally allowed in such places. The band would reportedly fall asleep in class after a heavy nights gigging.

On finishing school EXCALIBUR went on to tour heavily and in addition recorded their first demos. It was the ‘Back Before Dawn’ tape which caught the attention of Conquest Records who subsequently signed the band, leading to their mini album debut with ‘The Bitter End’ in 1985.

Expanding to a 5-piece in 1986 EXCALIBUR went on to release critically acclaimed recordings.

Their next release was the 1988 ‘Hot For Love’ EP through Clay Records, taken from a session recorded for the iconic BBC Radio 1 Friday Rock Show and produced by Mott The Hoople drummer Dale Griffin. Metal Hammer magazine lauded the release with esteemed rock critic Chris Welch giving it a 5/5 star rating.

1990 finally saw EXCALIBUR release their first full-length album, ‘One Strange Night’, through Active Records/Music For Nations. Reaching Number 7 in the UK Rock Charts, the release was highly praised by critics and fans, accumulating a multitude of top rated reviews across leading publications both at home and abroad.

EXCALIBUR built up a loyal following with constant touring and shared stages with many bands including Saxon, Uriah Heep and Budgie.

By 1992 amid a changing music scene, the members of EXCALIBUR decided to go their separate ways. But not before rounding off an illuminating career with farewell shows in the UK.