RANDY complete anthology to be reissued including previously unreleased studio and live material.

TWISTED TOWER DIRE "Wars In The Unknown" out now! 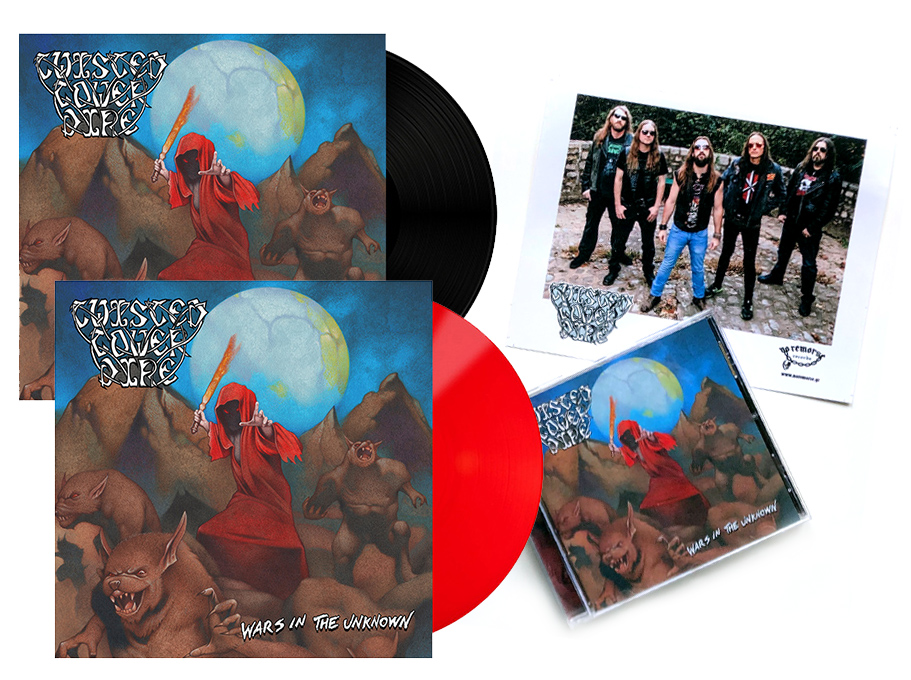 TWISTED TOWER DIRE was formed in Washington US, in the early '90s as a result of the members’ dissolution with the music of the times; they wanted to play classic style heavy metal! Early successes include two albums released on The Miskatonic Foundation label (‘The Curse of Twisted Tower’, ‘The Isle of Hydra’) and a European tour including an appearance at Wacken ’99. In 2003, the 3rd album ‘Crest of the Martyrs’ was released, produced by Piet Sielck (IRON SAVIOR, BLIND GUARDIAN). This release was followed by a second European tour and second appearance at Wacken in that year. The band continued to perform live shows on the East Coast and Midwest of the US and released their 4th album ‘Netherworlds’ in 2007.

That same year, longtime vocalist Tony Taylor left the band and was replaced by Jonny Aune. Soon after the band traveled to Europe again to perform at the Keep it True festival in Germany with additional shows in Ireland and Greece. Tragedy struck three years later, when Tony Taylor died in a tragic motorcycle accident. The band dedicated their next album ‘Make it Dark’ (2011) to his memory. After the release of this album, the band’s activity concentrated more on live performances (including appearances at the Frost and Fire festival in Ventura, CA and Ragnarokkr in Chicago, IL) while continuing to work on material for a new album. That album is ‘Wars in the Unknown’, due for a March 2019 release on No Remorse Records. This album continues the TWISTED TOWER DIRE tradition of headbanging hooky heavy metal tunes sure to make necks sore all over the world!

"Twisted Tower Dire belongs to the best bands that the USA can offer in terms of real heavy metal!" - Legacy (GER)

"Fans of all things classic metal are strongly advised to check this one out." - Indy metal Vault (USA)

"Songs such as 'True North' and 'Light The Swords On Fire' easily improve your metal wellness." - Flight Of Pegasus (GR)