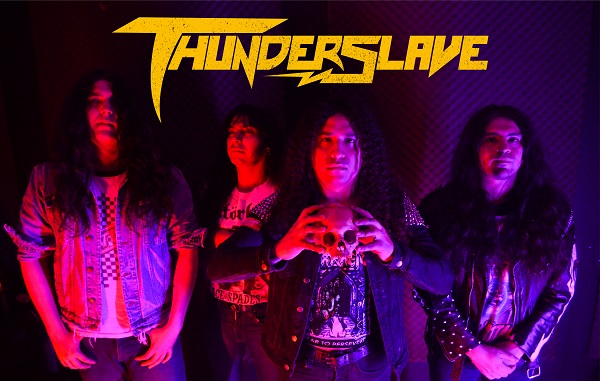 Carlos Wild (vocals & guitar) and Alan Ayala (drums) formed "Monterrey Rock Band" in Monterrey, Mexico in 2015. After a few live shows they decided to change the name of the band to THUNDERSLAVE in 2017. It was the same year where THUNDERSLAVE presented their same-titled EP, followed by a few important live shows in Latin America.

THUNDERSLAVE joined No Remorse Records, the first full-length album titled "Unchain the Night" is already recorded and will be released shortly.

You can listen to the song "Maniac" from the upcoming album: