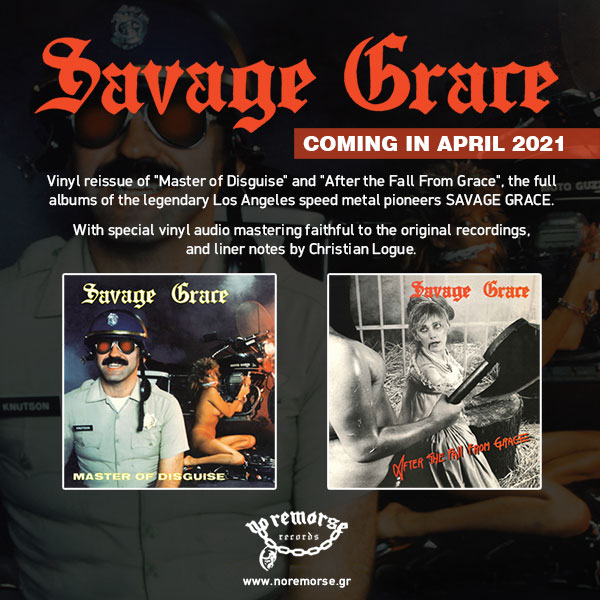 "Master of Disguise" and "After the Fall From Grace", the full-length albums of the legendary Los Angeles Speed Metal pioneers SAVAGE GRACE, to be re-released on vinyl on April 30, 2021.

It was about time for those albums to be finally reissued on vinyl format, with special vinyl audio mastering faithful to the original recordings, and liner notes by the founder Christian Logue.

Each album will be available on: