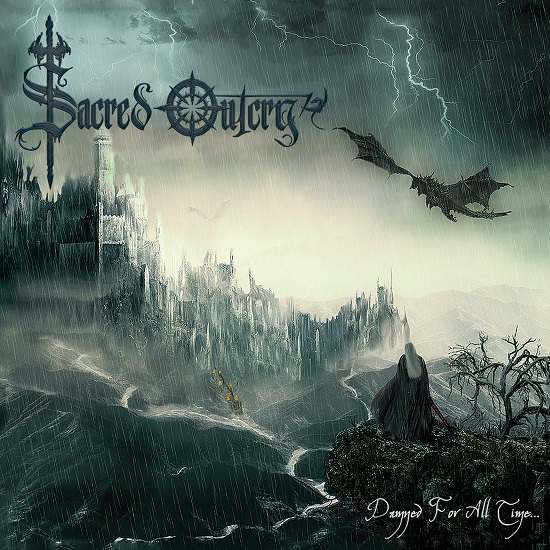 The debut album of SACRED OUTCRY "Damned For All Time" will be released on September 25, 2020 by No Remorse Records on CD and vinyl format.

20 years ago, a power metal alliance was formed in Greece, with influences vast and passion great, inspired by artists like Manowar, Warlord, Domine and Basil Poledouris. The first recordings took place in 2001-2003 but not a voice was heard. "And still, throughout the years we had people asking for the album", the band said. "We always knew that the time would eventually come, the stars would align and the old flame would be rekindled". Because the flame never dies.

First lyric video of the song "Legion of the Fallen" is online now.