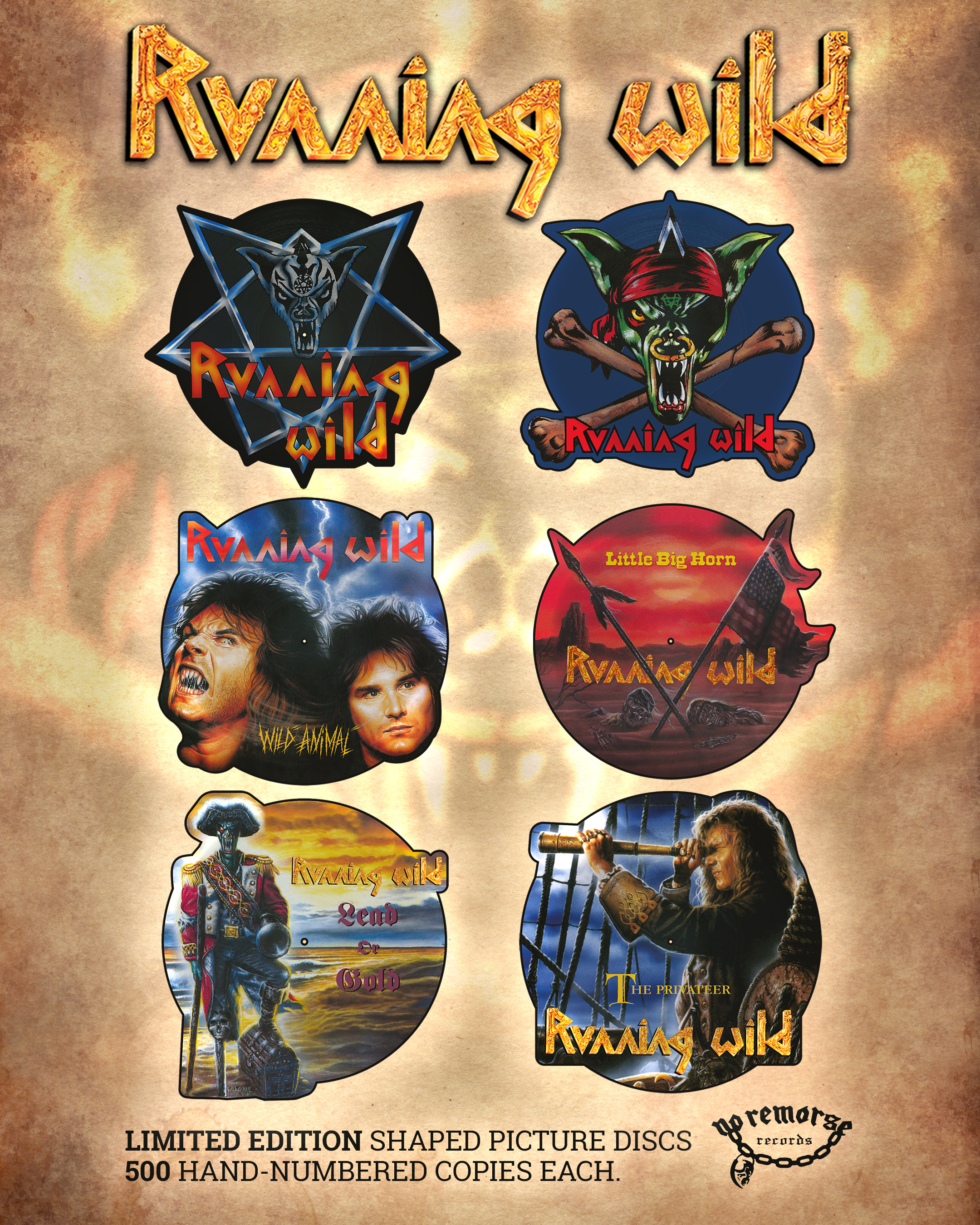 PRE-ORDER starts on December 3, 2022 at www.noremorse.gr

RUNNING WILD need no introduction. It is one of the greatest metal bands ever, originally formed in 1979 in Hamburg, Germany, and released their first EP "Victim of States Power" in 1984, followed by albums which carved their names in heavy metal history among the best ones.

Between those albums, there are a few iconic EPs that will be now released as COLLECTOR'S LIMITED EDITION SHAPED PICTURE DISCS. Restored and mastered for vinyl by Bart Gabriel, and licensed courtesy of BMG Rights Management (UK) Ltd, each shaped picture disc will be strictly limited to 500 hand-numbered copies.

There will be 6 shaped picture discs:

"Victim of States Power" including:

A1. Victim of States Power

"Bad to the Bone" including:

B1. The Battle of Waterloo

A2. Chains and Leather

B1. Tear Down the Walls

B1. Billy the Kid

"Lead or Gold" including:

B1. Hanged, Drawn and Quartered

B2. Win or Be Drowned

B1. Dancing on a Minefield

PRE-ORDER starts at www.noremorse.gr on December 3, 2022.