RIOT CITY's debut album is already one of the most highly acclaimed heavy metal albums of 2019 & line-up change. 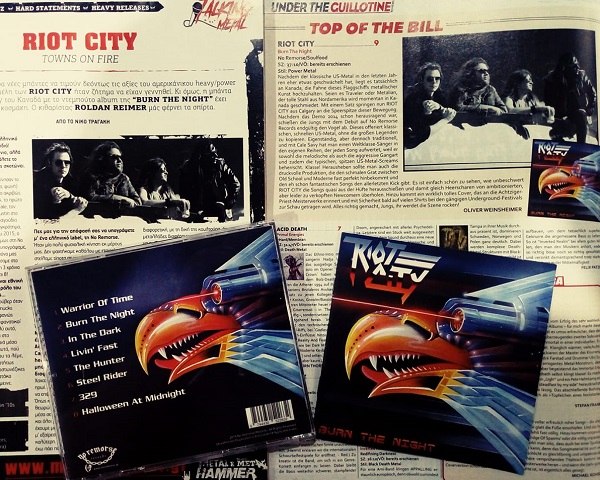 RIOT CITY's "Burn The Night" is album of the month in Germany's DEAF FOREVER magazine (July/August issue) and No.1 at Soundcheck!

There is also a RIOT CITY interview at the same issue of DEAF FOREVER and there are also interviews in more established metal magazines, like METAL HAMMER (GR).

Less than three months from the album's release date and there are countless positive reviews all over the press and online media, while RIOT CITY are already confirmed for Keep It True festival 2020 and Up The Hammers festival 2020.

Meanwhile, in order to have the best possible performance in live shows, Cale Savy, singer/guitarist of the album, will handle only guitar duties (and backing vocals), while we welcome the new amazing vocalist Jordan Jacobs, as a new band member.

"'Burn the Night' puts the fun in metal and the metal up your ass." - Angry Metal Guy (UK)