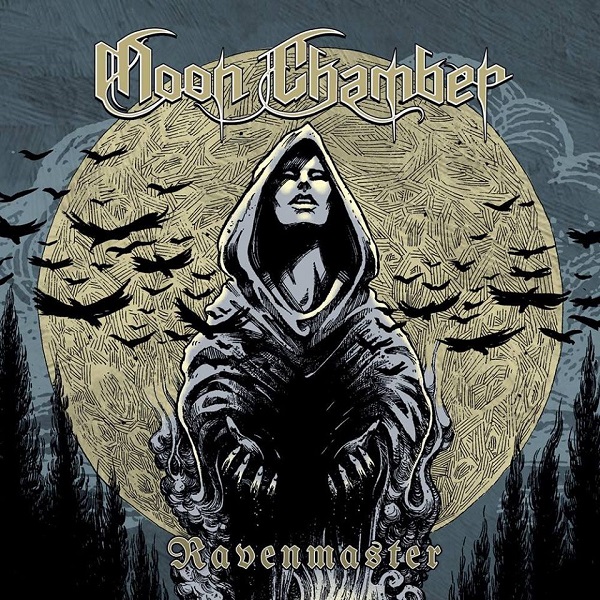 MOON CHAMBER is a quintet feat. Marta Gabriel (front woman of the heavy metal stalwarts CRYSTAL VIPER) and Rob Bendelow (founder and original guitarist of the British rock band SARACEN). Their debut album entitled "Lore Of The Land", will be released in October 2019 on No Remorse Records.

In addition to Marta and Rob, three other musicians complete the MOON CHAMBER ranks: keyboard duties are handled by Paul Bradder of SARACEN, and the driving percussion comes courtesy of PAGAN ALTAR’s Andy Green. In addition to vocals, Marta Gabriel recorded all the bass guitar parts for the album, but Richard Bendelow (Rob’s son) is now responsible for the bass element going forward. The album comprises ten new tracks, deeply rooted in the classic rock of the '70s and '80s, whilst drawing inspiration from the wealth of English folklore, history and legend.

The band’s first single entitled "Ravenmaster" had its premiere on April 26, and now the band releases a video of the same title. The video has been directed by Owe Lingvall (THE RASMUS, LORDI, HAMMERFALL).