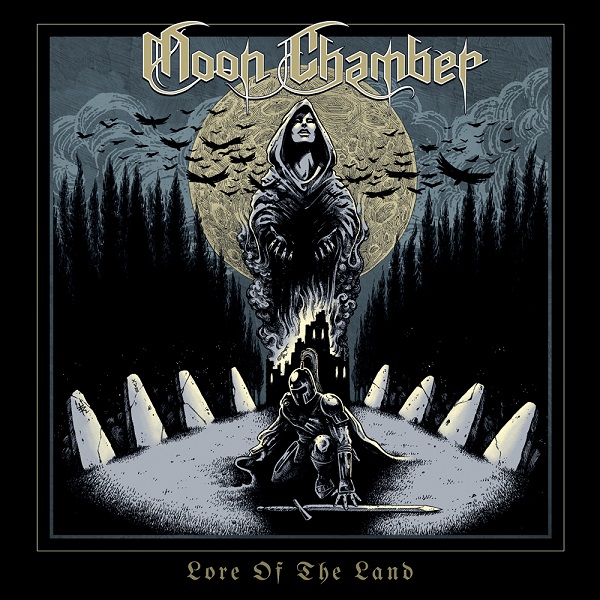 Marta Gabriel, the front woman of heavy metal stalwarts CRYSTAL VIPER - and respected session musician, with a vocal range of more than four octaves - is considered to be one of the finest singers of her generation. Rob Bendelow is the founder and original guitarist of the legendary British rock band SARACEN - as the composer of albums such as "Vox In Excelso", "Redemption", and most notably "Heroes, Saints And Fools", Rob is a truly respected contributor to the history of classic rock. So what might the result be if those two were to join forces, and combine their obvious passion for music? The answer is MOON CHAMBER. The quintet’s debut opus, entitled "Lore Of The Land", will be released in October 25th, 2019 on No Remorse Records.

In addition to Marta and Rob, three other musicians complete the MOON CHAMBER ranks. Keyboard duties are handled by Paul Bradder of SARACEN, and the driving percussion comes courtesy of PAGAN ALTAR’s Andy Green. In addition to vocals, Marta recorded all the bass guitar parts for the album, but Richard Bendelow (Rob’s son) is now responsible for the bass element going forward. The album comprises ten tracks, deeply rooted in the classic rock of the '70s and '80s, whilst drawing inspiration from the wealth of English folklore, history and legend.

3. When Stakes Are High

7. The Goddess And The Green Man