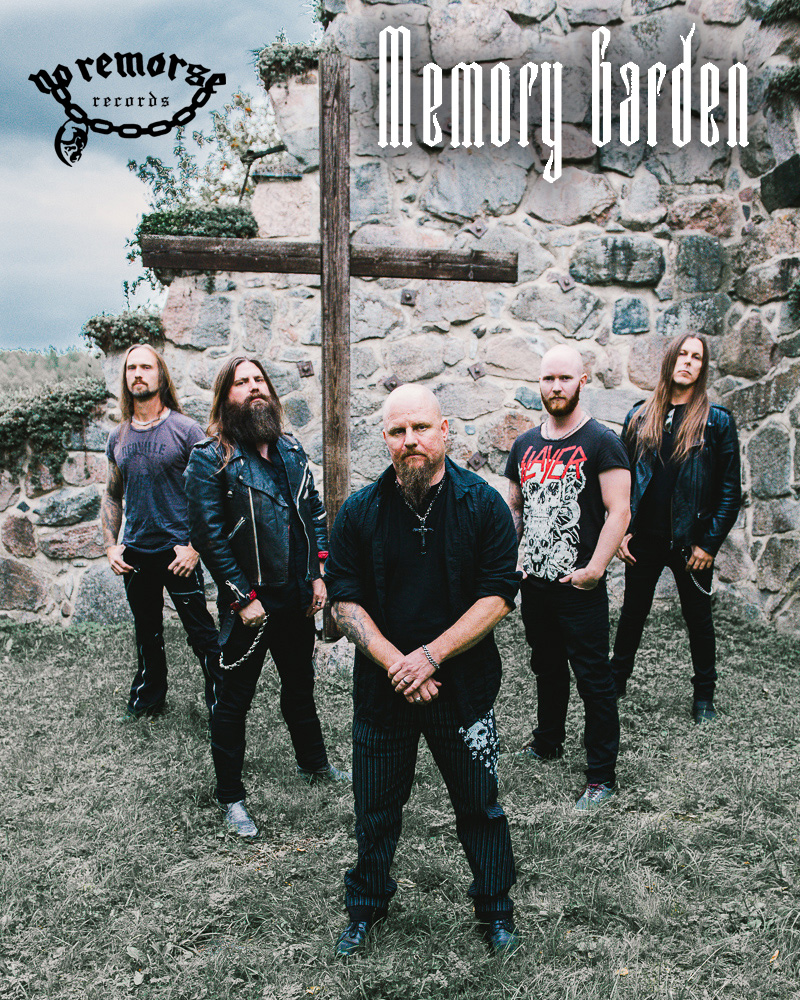 Recordings of the new album are completed and it will give you all a sufficient dose of Swedish powerdoom-metal! It's a conceptual album and the storyline covers both fact and fiction, taking place during the pandemic years of the black plague.

The album is mixed by Dan Swanö and the artwork is created by the mighty Hjules! Guest artists such as Niklas Stålvind (WOLF), Josefin Bäck (the original voice of "Marion" from the first demo in 1993!) and Göran "Freddy" Fredrikson (medieval instruments) contribute to this album.

Memory Garden were formed in 1992, recording demo and EP releases (including "Forever", one of the finest EPs in metal history) until 1996 where their debut full-length album "Tides" shocked the Doom Metal world. A technical, crushing and powerful album that paved the way for the future, with Memory Garden joining Metal Blade Records releasing the albums "Verdict of Posterity" (1998) and "Mirage" (2000). At that point, Memory Garden were already hailed as one of the leading forces of the Power/Doom Metal field. And while time and tide wait for no man, they kept the course releasing "Carnage Carnival" (2008) and "Doomain" (2013). Eight years later, Swedish powerdoom-metal is ready to strike again.