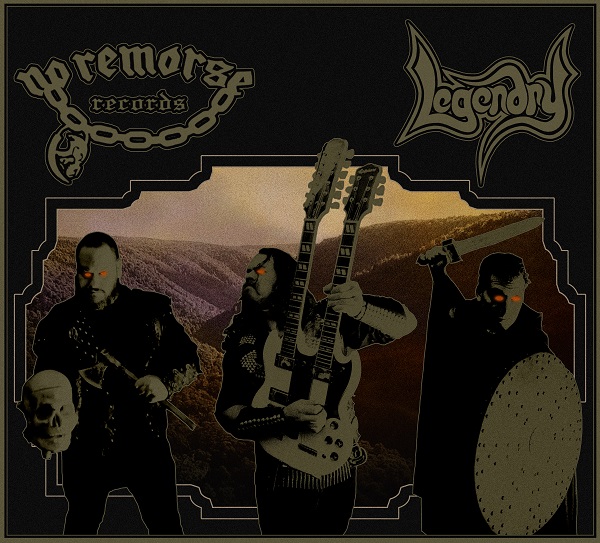 Through mists of time and dungeons deep, Legendry has sought the secrets of steel. With swords raised, honoring the epic metal heroes and progressive rock explorers of days long past, Legendry doth heed the call to heavy metal adventure.

The quest begun in their third full-length album, "The Wizard and the Tower Keep" continues as the hero known only as the Earthwarrior encounters greater evils, as foretold in the novelette "Beyond the Mirrors of Faellnoch". Here are woven the mysteries binding the realms of Eyrn, Faellnoch, and Earth. The cycle of the Earthwarrior shall continue as these worlds expand, but to what end? The Tower Keep has fallen into the sky, and warlords of Faellnoch ride for vengeance at the loss of the Eye of Kings to the Earthwarrior. The planet of Eyrn is under siege, and may only be saved by the fated one. And so the Bard’s Tale goes on.

Vidarr the Silent and Kicker have joined forces with bassist, Arcane Hammer, and have worked over the past year writing the fourth full-length Legendry album, with title and track-listing to be announced. Pre-production is completed, and the album will be recorded in the coming months with producer Arthur Rizk (Eternal Champion, Power Trip, Unto Others) under the banner of No Remorse Records.