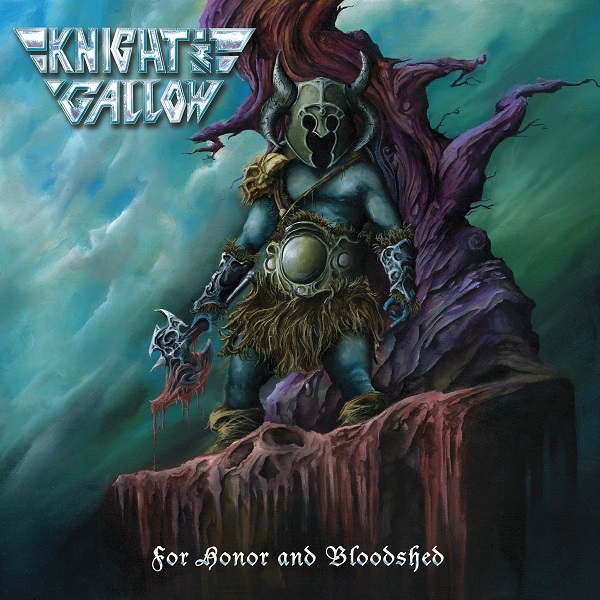 "These guys have the potential to become one of the leaders in the epic metal genre and beyond. What a start - crazy, powerful and well, epic!" - The Razors Edge (UK)

KNIGHT & GALLOW from Sacramento, California, were formed in 2019 performing epic & traditional heavy metal, and after a few demo songs, the band joined No Remorse Records. While also voted as one of the best newcomers at Epic Metal Blog, the label believing in the young band's passion, offered a multi-record deal and any possible help and advice. The youngsters showed a huge improvement within a short period, presenting songs that will stand the test of time, with addictive hooks, melodies and true passion for heavy metal. Inspired by bands such as MANILLA ROAD and more recent sword-bearers like ETERNAL CHAMPION, VISIGOTH and GATEKEEPER, the young band from the USA is going to claim its place among the best newcomers of epic and traditional heavy metal of our times.

The debut album is co-produced and mixed by Jeff Black (GATEKEEPER), and mastered by Bart Gabriel, while the cover art is created by the one and only Wyrmwalk, who also created the cover art for MORGUL BLADE's "Fell Sorcery Abounds".

5. Lord Of The Sword