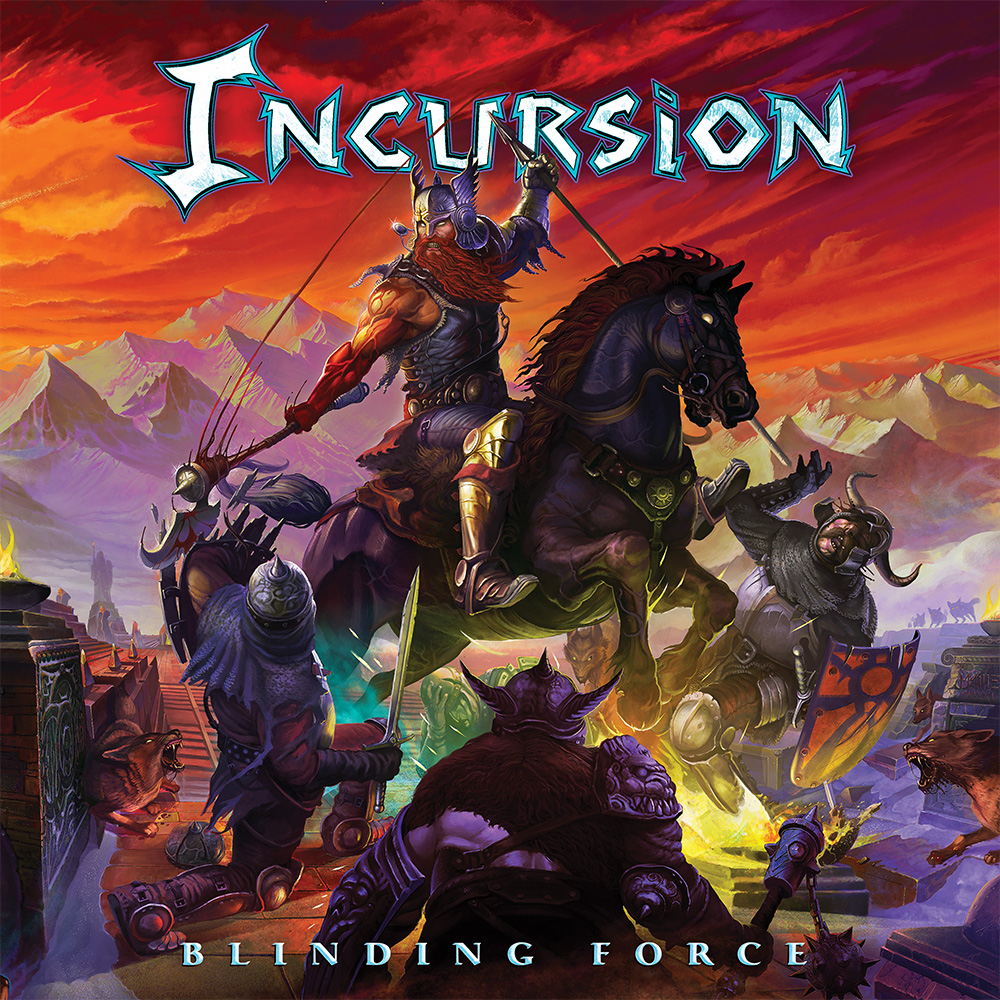 With thunderous glory, Incursion present their full-length album "Blinding Force" on No Remorse Records. Harking back to metal's glory era, the album's nine songs have squarely placed them poised to ride the momentum of their debut EP "The Hunter".

The single "Running Out" will be also released as a limited edition 12" vinyl on September 16th and will be available exclusively by Incursion's bandcamp. It also features the Triumph classic "Allied Forces" as a non-album exclusive B-side, which features Jean-Pierre Abboud from Traveler and Matheus Lucian from Hell Gun.

Incursion are ready to take their metallic onslaught to fans of Traditional Heavy Metal!