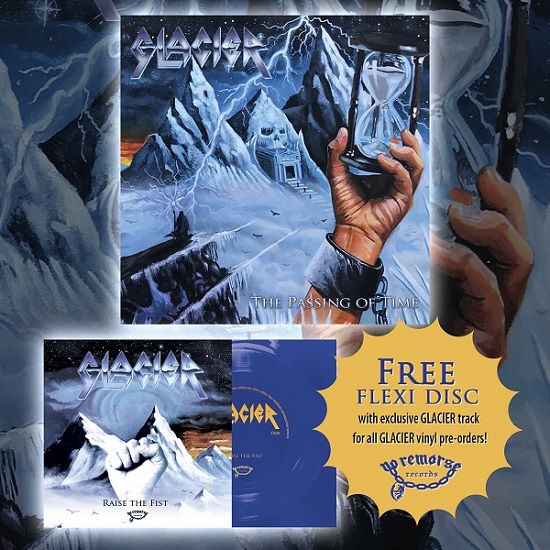 The return of the legendary US heavy/power metal act with a new album! PRE-ORDER IS OPEN, date available: October 30, 2020.

Pre-order "The Passing of Time" LP directly from No Remorse online store and for each order including the vinyl version, you will receive a free flexi disc with the exclusive new track "Raise the Fist".

Important note: there is a limited quantity of flexi discs and the gift applies ONLY during the pre-order phase and ONLY one flexi disc for each order.

It was in 1985 where the same-titled EP of GLACIER was released, one of the greatest "mini releases" of the '80s, including 5 tracks of US heavy/power metal majesty. Few more recordings followed by various incarnations of GLACIER until 1990, when the band was put to rest.