DRAGONNE "On Dragon's Wings" and unreleased material to be released in January 2023. 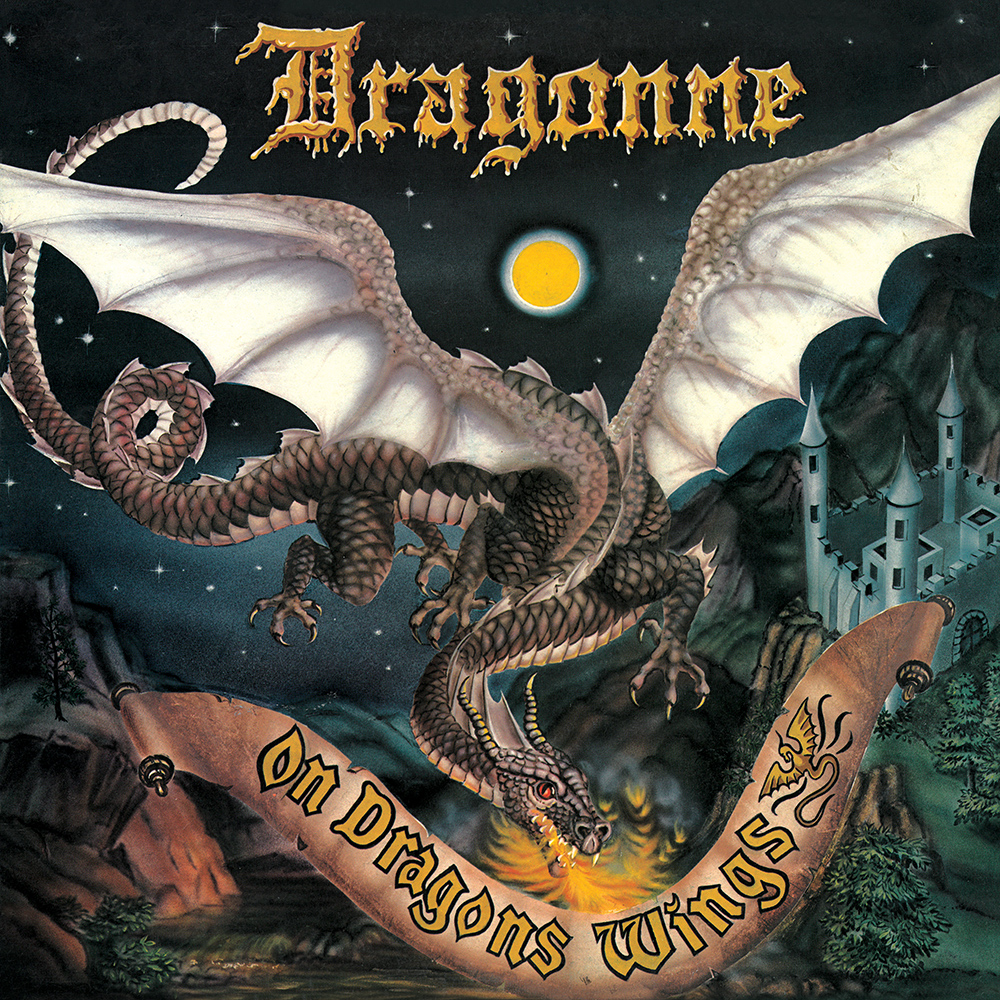 DRAGONNE from Los Angeles, California, is a cult US heavy / power metal, having all the special elements and characteristics that made metal bands of that era so marvelous. Having the usual IRON MAIDEN and JUDAS PRIEST flavour, DRAGONNE are recommended for fans of bands such as GLACIER, LEATHERWOLF and MALICE.

"On Dragon's Wings" was recorded in 1987-1988 and produced by Jeff Scott Soto. The recording line-up was Jerry Colman (vocals), Aaron Lee Appleton (guitars), Alan Bryant (bass) and Danny Einspahr (drums). It was privately released on vinyl only, in 1988, and the original limited vinyl pressing is an extremely rare collectors' item.

Now it is finally reissued on vinyl and CD, newly mastered by Bart Gabriel and packed with 4 unreleased bonus tracks. The 16-page CD booklet and the vinyl insert include lyrics and many rare photos.

DRAGONNE kept recording new material for a second album during 1988-1990 with a working title "On My Back'', but the recordings weren't finished, with those tracks remaining unreleased.

DRAGONNE's singer Jerry Colman found those songs and sent them to No Remorse Records in case the label was interested in adding them as bonus tracks. Those unreleased songs are so good, that we couldn't simply choose, so besides the bonus tracks at "On Dragon's Wings", we present you another release, keeping the title it was meant to be ("On My Back"). At the same time, Wyrmwalk created a magnificent cover art based on the original idea DRAGONNE had for that second album.

All tracks are mastered by Bart Gabriel and on those recordings DRAGONNE kept the same line-up with the addition of Chris Amesquita on drums. The 16-page CD booklet and the vinyl insert include lyrics and many rare photos.

DRAGONNE "On My Back" tracklist:

The versions of the DRAGONNE releases will be:

DRAGONNE - On My Back CD limited to 500 copies.

DRAGONNE - On My Back LP black, limited to 300 copies.

DRAGONNE - On My Back LP transparent purple, limited to 100 copies.

PRE-ORDER starts on December 3, 2022 at www.noremorse.gr