CRIMSON FIRE joined No Remorse Records; New album "Another Dimension" out on August 27, 2021. 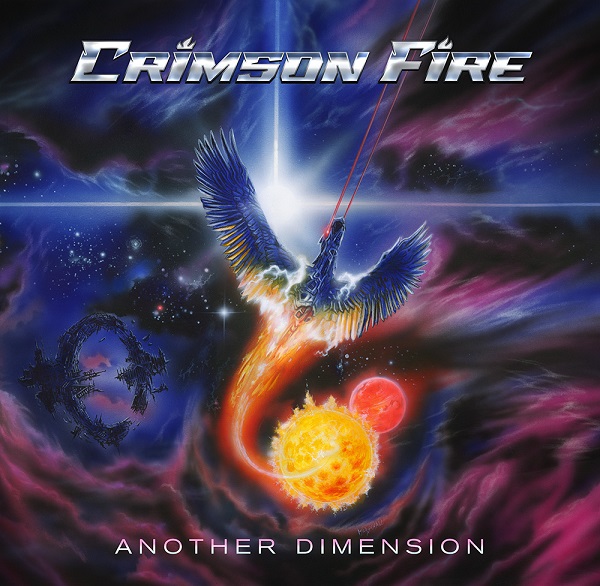 Formed in 2004, Crimson Fire from Athens, Greece, started as a traditional heavy metal band releasing their debut album "Metal Is Back" in 2010. Sharing the stage with bands like Tokyo Blade, Elixir, Heir Apparent, Uli Jon Roth, Demon, Anvil and many others, Crimson Fire built the name of a live act that set the stage on fire.

The band kept the fire burning with the second album "Fireborn" (2016) and more live shows followed, including an appearance at Trveheim Festival in 2018 along with Q5, Satan and Praying Mantis among others.

Honing their craft through a steady line-up and rigorous work ethics, the band promises a third album that oozes song-writing maturity and focus while delivering a more melodic and hard n’ heavy evolution of their trademark sound.

Recordings and mixing of the new album "Another Dimension" were carried out at Zero Gravity Studios by Terry Nikas (Septicflesh, Suicidal Angels, Scar Of The Sun, Nightrage) and was mastered by Psychon Nyne (Septicflesh). The artwork is designed by Andreas Marschall (Blind Guardian, HammerFall, Gamma Ray, Kreator, Sodom etc.) and the album is produced by Stelios Koutelis.

"Another Dimension" will be released by No Remorse Records on August 27, 2021, and it is a new chapter in the story of Crimson Fire, recommended for fans of Iron Maiden, Def Leppard, Riot, Europe and '80s hard n' heavy.

5. Set The Night On Fire

10. Walking Into The Light

Listen and watch the lyric video of first track, "Judas":

"Sometimes you just need a good Heavy Metal album. You know how it goes: An album that can be played loud on your speakers while you are sitting back enjoying your vodka, an album that would keep you company during a car ride, an album that would simply offer you full and pure music enjoyment without any kind of further analysis. A ‘just killer - no filler’ album. Well, Crimson Fire from Greece have delivered such an album!" - Forgotten Scroll