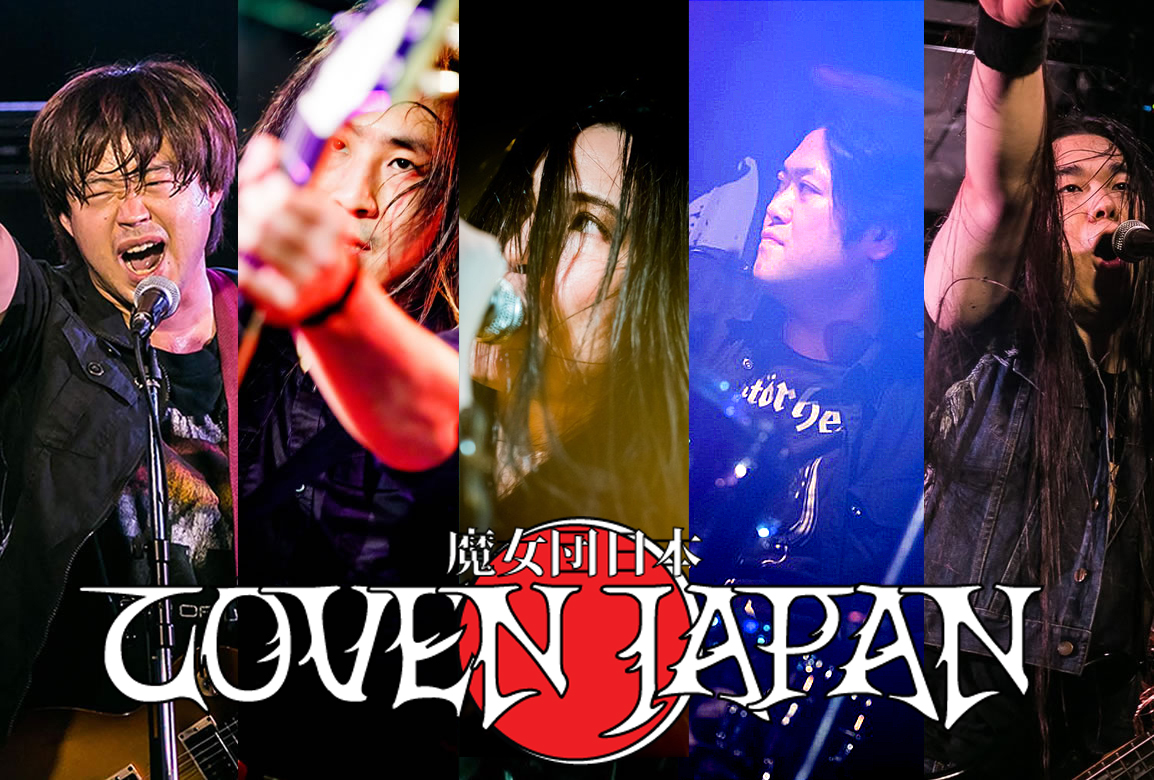 Debut full-length to be released in 2023.

The history of COVEN JAPAN goes back as far as 2016 when the two metal maniacs Akihiro Ito and Taka from Tokyo, Japan, started to record some demos. They had composed, played, recorded, mixed, and mastered all songs by themselves. Songs that are inspired by NWOBHM acts such as ANGEL WITCH and SATAN, ‘80s metal, MERCYFUL FATE, CELTIC FROST, ‘70s hard rock, Japanese rock, metal and Japanese animation songs, to name a few.

The Japanese identity is strong in their songwriting and want to spread their own original Japanese metal to the world, so their songs are written in two languages: Verse and bridge parts are written in an old (Medieval) Japanese literary style, with the oriental accent and unique rhythms being one of their special characteristics. COVEN JAPAN believe that sing-along is one of the best parts of heavy metal music so chorus parts are written in English as this is the world's common language. They are also Japanese animation and comic fans, known as “Otaku”. They have been growing up watching and reading Japanese comics and animation, and especially love dark fantasy genres, adding this culture in their visual aspects such as their album covers and layout.

COVEN JAPAN’s metal is based on traditional and classic heavy metal with twin guitars and female vocals, also putting and mixing various elements like catchy Japanese animation songs, creating a unique style. In the end of 2016, their demos caught the attention of many record labels and they got offers to release the debut EP. In 2017, their debut EP "The Advent" was released by Svart Records as a 12” vinyl EP and CD, while cassette tapes were released by Heavy Chains Records. At that time in 2017, they were still just a project, not a full band, and they started looking for members so they would start playing as a band in concerts. At the end of 2018, the line-up was completed and in 2019 they started playing in Tokyo. The band’s live performances attracted offers from promoters overseas but due to Covid-19 restrictions, their shows at some festivals were postponed and canceled.

Meanwhile, the band kept writing new material and currently recording the debut full-length album that will be mixed by Olof Wikstrand of ENFORCER (who also mixed “Electric Elite” of RIOT CITY) and will be mastered by Bart Gabriel (CIRITH UNGOL, RIOT CITY, KONQUEST, CRYSTAL VIPER). The album will be released later in 2023 by No Remorse Records.

Don't miss it and check out the Samurai Newcomer from the Land of the Rising Sun!