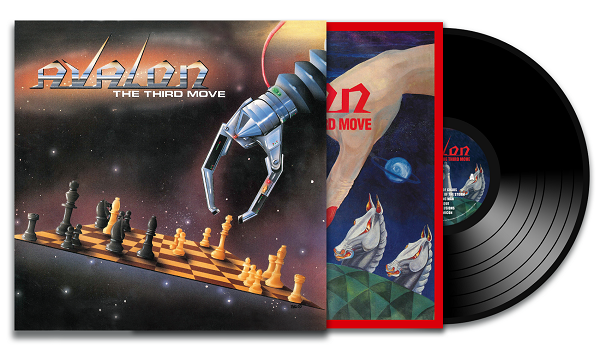 Avalon from the Netherlands released in 1986 an outstanding melodic heavy metal EP in the vein of bands like Scorpions, Judas Priest and Praying Mantis. That EP soon became a rare collectors item, especially the first version with what is known as "the robot cover". Finally reissued, the 35th anniversary edition contains the remastered EP songs and four bonus tracks. The new deluxe edition includes two cover sleeves! Both covers of the previous two vinyl versions of 1986 (a regular cover in a slipcase cover).

1. The Courts of Chaos

2. Dancer in the Eye of The Storm

1. Search for the Paragon (The Ancient Part II)

Side B tracks are taken from various sessions.