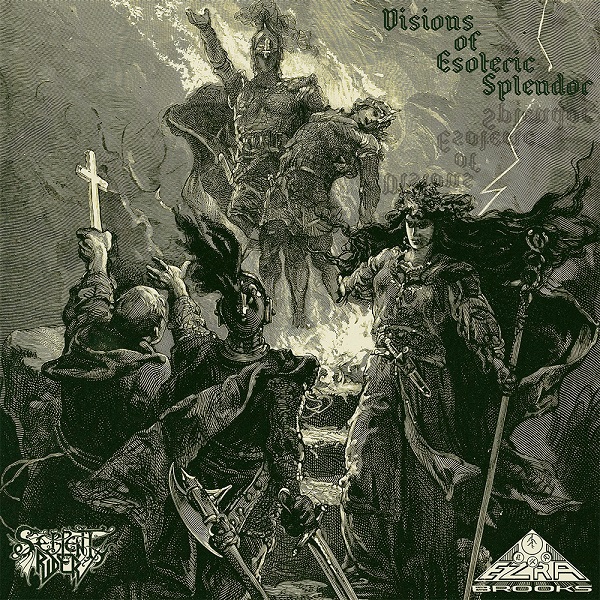 EZRA BROOKS and SERPENT RIDER will start working on their debut full-length albums that will be released by No Remorse Records in the near future. Meanwhile, a split release under the title “Visions of Esoteric Splendor” will be available on October 22nd of 2021, limited to 500 copies on vinyl and 500 copies on compact disc.

i. The Helm of Sacorb

ii. Am I Just Paranoid?

iii. When the Future Fails

v. The Mask of the Wolf

viii. Flowers of My Youth

On September 4th, at Keep It True TV Special, you will be able to listen for the first time one song from each band.

Pre-order for “Visions of Esoteric Splendor” will go online after the episode at www.noremorse.gr

About EZRA BROOKS: Created in 2011 by S. Vincent (Smoulder), one-man project Ezra Brooks is a vision of arcane heavy metal influenced by the strange, unpolished, and forgotten obscurities of the '80s, '90s, and beyond. Following the release of "Target" in 2016, the "Visions Of Power” split in 2019 and the "Gods, Men, and Death" demo in 2019, Ezra Brooks is set to unleash the split album "Visions of Esoteric Splendor" in 2021 alongside USPM newcomers Serpent Rider.

S. Vincent is joined this time around by Michigan metal veteran Matt Preston (formerly of Borrowed Time and currently of Prelude to Ruin), whose axe wielding skills sharpen the Ezra Brooks tracks "The Helm of Sacorb", "Am I Just Paranoid?", and "When The Future Fails", transforming them in otherworldly ways.

About SERPENT RIDER: Serpent Rider came into its infancy in 2015 as Skyway Corsair, but quickly broke up. It came back in 2017 later under the new band name, which comes from a line from Manilla Road’s "The Ram". After two years, the band’s first demo, "Pour Forth Surquidous", came out independently as a tribute to ancient epic metal a la Dr. Doolittle, Manowar, and Manilla Road.

Shortly after the demo, the band needed to change lineups once again to accommodate a move to Seattle from Los Angeles. Now back with a split with the mighty Ezra Brooks from Canada, Serpent Rider is dedicated to arcane and epic heavy metal in all of its most obscure forms, here and forever.